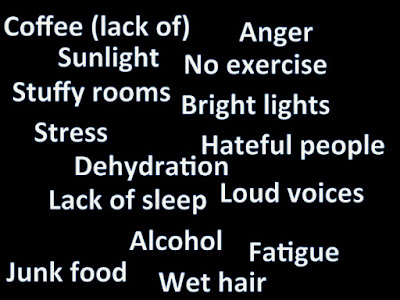 At least there are no cats 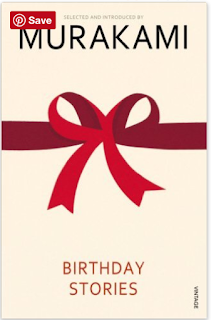 (From: amazon, not my copy - which is anyway from the library)

I have stopped myself from buying any more Murakamis. I still like him fine, I assure you, despite the fact that he was yet again passed up for the big prize & yeah, sure, I have listened to Bob Dylan for a long time now and love him and his voice and his weird lyrics. At any rate Dylan is not a runner like Murakami so there is that corner of my brain that is going to always pro-Murakami despite what the Nobel Prize committee feels.

At any rate I rapidly read this anthology of birthday stories and all of them without exception were decidedly scary. Ranging from that one about a king without skin to the absolutely outrageous one about the two call girls and the Italian husband, they were all, on some levels, scary. The worst was the one about the ageing parents and their only son, and that birthday meal in that distinctly bleak Irish village setting. That one I narrated to my husband (to his horror) hoping that our future is not that.

I waited anxiously for the one authored by Murakami himself, and of course he saved it for the very end. I read with interest that it was written exclusively for this anthology, and that it was triggered in his mind by his own experience of turning twenty. I tried to recall my own 20th birthday and frankly, I just don't recall a single detail of it. Likewise my 21st. Anyway, I hurriedly read it through to the end, and of course, did a double take and read it again to make sure that (a) I understood it somewhat and (b) the story had really ended.

I was a bit disappointed with that one, I admit. I expected something poignant, thought provocative, with a hidden depth that I would explore at length in my mind later, and yes, the word I am looking for is haunting. Instead I was left with something that felt, for lack of a better word, just plain unfinished.

Before you accuse me of it, no, I am not a fan purely of the long form, I like short stories. I read them quite often, especially when going through a busy stretch of life, they are the best. I like the suddenness of them, the inherent unpredicability, the comfortable lack of deep character exploration, and ultimately the fact that they allow me to imagine beyond the typed words.

But this book left me - not - as I expected -  in a thoughtful mood where I would sit around and think about the stories and try to pick at them in my head, but in a hurried mood wanting to pick up something else to read and replace it all with. Nevertheless, there was one saving grace in it all, and that was that none of the storied featured cats! Cats! I have had enough of and will take Dylan's 115th Dream over anything to do with cats, anyday!
Posted by Preeti Aghalayam aka kbpm at 18:10 1 comment:

Hydrating for a marathon 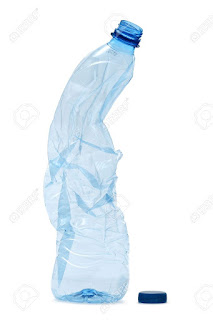 I usually carry a water bottle wherever I go. Especially if I am running a marathon the next day, and all my friends are busy hydrating for what seems to be a week and I figure I may as well do that too, 'cause you know, you never know the day before the marathon that you may twist your ankle and throw 16 weeks of training (even if desultorily done amidst much stress).

Plus the rule in the airport is never really clear. Can you carry your bottle through the security if it's empty? Or should you take a sip and show them it's potable? Or will they chuck the damn thing into the trash? So of course I don't dare to carry my good bottles. But a random one lying around the house can be recruited for this purpose easily.

But this time I forgot.

So I sucked it up and bought a bottle of water paying an astronomical amount in both paper currency and mother earth screwing up currency. I drank up a bunch and decided to save the rest for the car ride in Mumbai (bound to be long).

I got on the flight and proceeded to do my usual thing of sleeping from before take off to just after landing, waking up only to scarf up the breakfast they provided (don't recall what it was, I was awake just long enough to consume it).

When the flight landed in Mumbai I woke up and twiddled my ears a bit 'cause they were blocked and looked for my bottle. It was all crushed like. I guess they make these water bottles from cheaper and cheaper plastic of late, and plus all the pressure changes or what not. A bit of OCD made me try to straighten it out a tad but it wasn't important so I left it.

Then this stranger woman sitting next to me says "here, let me". I was fine, I DO NOT MIND I wanted to say but before I could capitalise my letters she grabbed the bottle. And believe this. A stranger of a woman who I had had no relationship with up to the point we boarded that 1.5 hours flight. SHE BLEW INTO THE BOTTLE.

I am not known as a good poker player. She must have seen the emotions clearly go across my face. I am not violent by nature so I could easily resist the temptation to slap her on the cheek. But I was so so annoyed! I am pretty easy going among friends and family about sharing food or what not but *shudder* what was she thinking! I pictured all the germs in her mouth, all the cooties and what not.

I reached my room and gave that bottle a nice big rinse. And yes, I did not hydrate (at least not from that bottle) for the rest of the day....
Posted by Preeti Aghalayam aka kbpm at 19:44 1 comment:

For the love of writing

At the end of it all, when I think about the reasons why I love this little space of mine, it boils down to just that. The love of writing. The joy in seeing words form in my mind and find their way to the keyboard and then on to this nice little template on blogspot.

Admittedly, 2016 has come and gone and I have very little to show for it. I used moodle a fair bit for my course and even that was not with the same degree of enthusiasm as usual. Aside from that, I wrote a number of articles of a general nature for The Wipro Chennai Marathon's public outreach. The most fun I had was when I wrote for our magazine The Rundown. Here have a look at something I recently put together, just some irreverent stuff in the context of The Wipro Chennai Marathon.

I like my alter-ego Maami Thayir Saadam, or MTS. She has gotten around to saying things that I wouldn't have said as Preeti, or KPBM, for that matter. But it's a tag team effort with the one and only ludwig for the column (not that he is a Maami, though he could be I suppose!) and so it may be that we have to fight it out for our space there at some stage, we'll see!

Meanwhile, having finished with the myriad responsibilities of 2016, which left me breathless and with barely a minute of time for myself, I am glad to be back here, doing what I like to do on a Saturday evening! (Having spent Friday evening putting together a little space for my course, over here).

I am also determinedly attending to my twitter and facebook handles, I won't repeat what I said over there about the annual pilgrimage to the Standard Chartered Mumbai Marathon, go see it over there, instead!

Oh I suppose I will do this. The child, monster, as it was referred to earlier times, does occasionally use the opportunity to diss me in public, on her own blog, at The One Blog To Rule Them All  as she likes to call it. Do have a peek and give her some back pats once in a while. I do rue the day I set up the page for her occasionally, as my name is dragged through mud, but I guess it's all a part of the joy of motherhood!

Till later then.
Posted by Preeti Aghalayam aka kbpm at 17:57 1 comment: